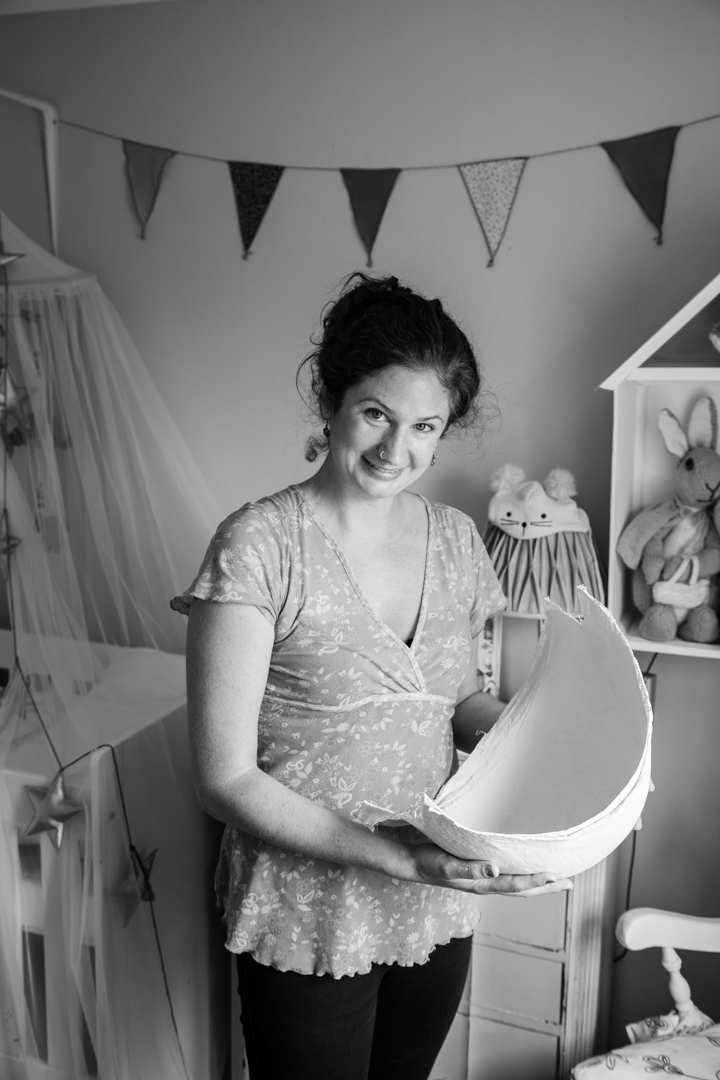 Emma Brokensha née Kielczynska is an Artist, a wife and Mother to daughter Sadie.

Emma studied at the Ruth Prowse School of Art, Majoring in Printmaking and finishing top of her class in 2007. Since then, Emma has worked with numerous artists, assisting in the technical side of producing etching plates and then editioning these artworks, as well as making works of her own.

Emma has also worked as a fabricator in the film industry, creating an array of props for commercials: giant ice-blocks, giant chickens, angry garden gnomes and jetpacks to name a few. Having twice been a finalist for the Sasol ‘New Signature’ Awards, Emma’s creativity also branches out into designing and sewing a range of kimonos (Queen Kimono) as well as beginning to play with her Mothers medium: Clay.

And so, Emma began to develop on an idea of her mothers: The Belly Bowl.

Plaster of Paris is used to take the initial mould of the belly. This quick and easy process takes just 15 minutes and can be done in the comfort of your own home. This mould is then taken back to the studio where the Belly Bowl is made at a pace far more suited to the drying qualities of clay – which results in a shape that is true to your unique belly and the shape and size if the belly itself (without the rest of the body getting in the way) is utilized to create a deeper bowl.

Each Belly Bowl is hand decorated. Leaves and other textures can be pressed into the clay to create a design. Mandalas are scratched in by hand.

The best time to take the mould is as late as possible in the pregnancy to get the maximum size. There is about a 5 to 7% shrinkage in the clay as it dries. A home visit will be arranged to cast the mould. This is also a good time to discuss the design options.  If a baby shower is held close to the end of the pregnancy, being part of the mould making process can be fun for the attendees, especially if the Belly Bowl forms part of a group contribution gift. The mould is preserved so that even if your Belly Bowl happens to break, a new one can easily be made. 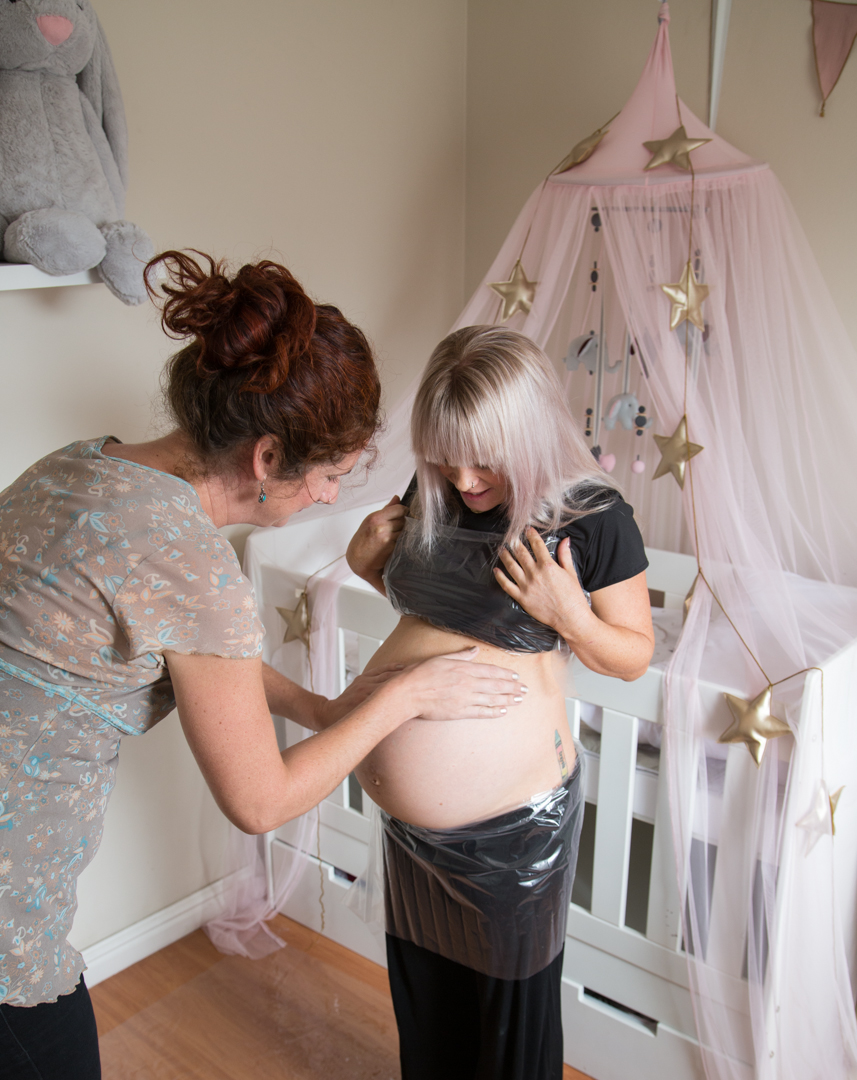 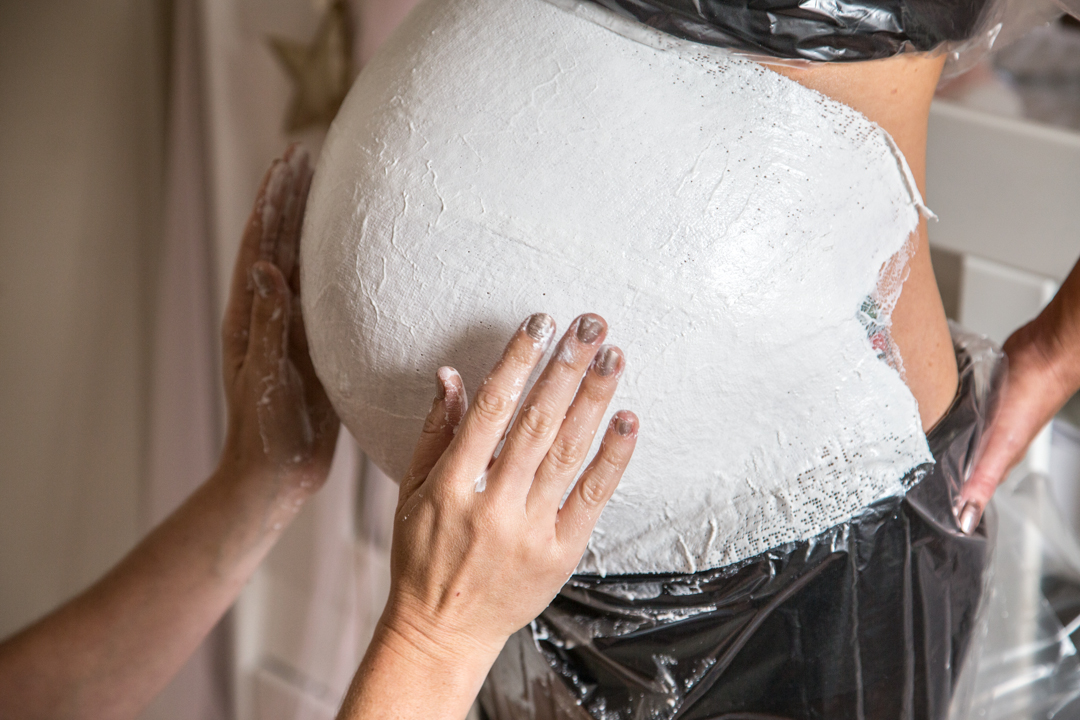 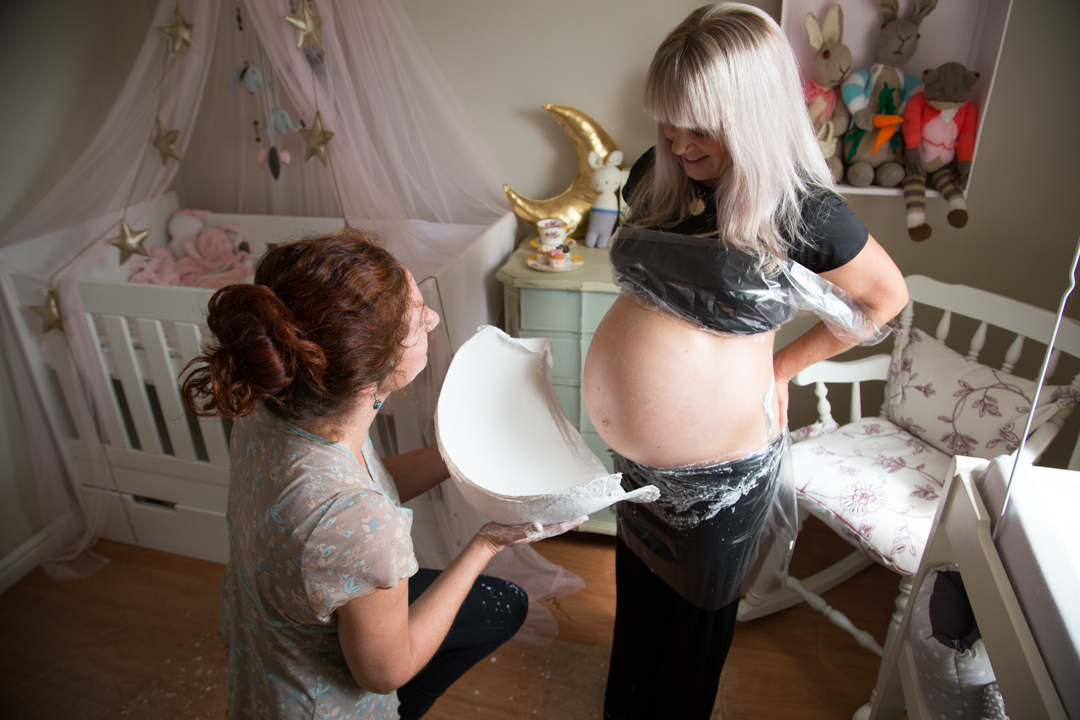 History of the Belly Bowl

Emma’s Mother, Lesley-Ann Hoets, is a famous handwork potter and so Emma grew up surrounded by clay.

Lesley-Ann would always make belly bowls for her friends when they were pregnant. Her method required the mom–to-be to sit still for a few hours while the slab of clay, placed directly onto the belly, dried. Aside from being a bit inconvenient for the mom-to-be (let’s face it, late into the third trimester – which is the ideal time to make a belly bowl – bathroom trips are frequent!) the shape of the bowl can get distorted as the mom moves and the clay is removed before the optimum drying time. The rest of the body also gets in the way of being able to get the real bowl shape of the bump.

By simply changing the method of taking the initial mould, Emma has created a process that results in a truer shape with an easier workability, whilst still maintaining the sentiment of her mother’s idea and adding her own artistic influence in the designs. 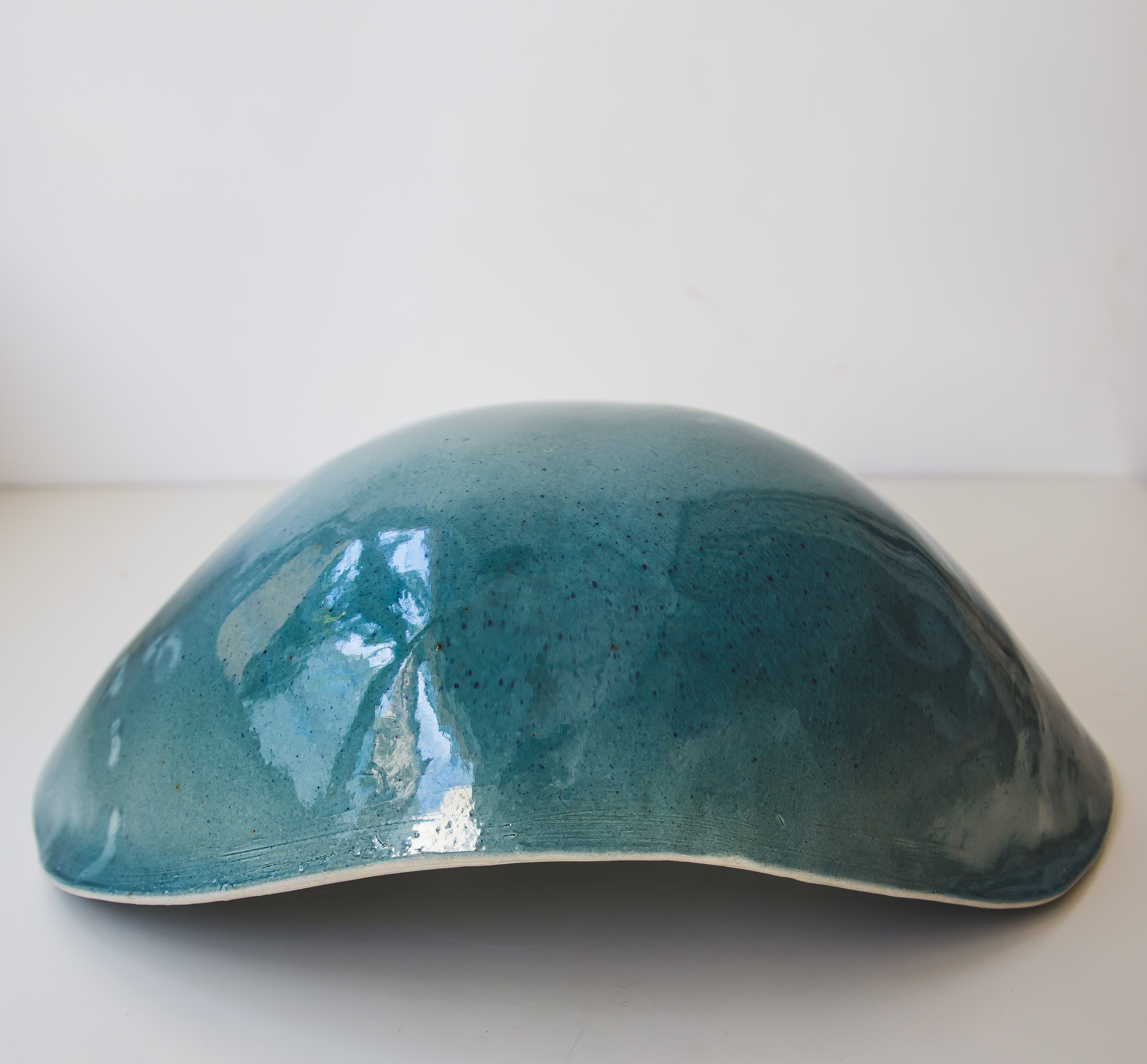 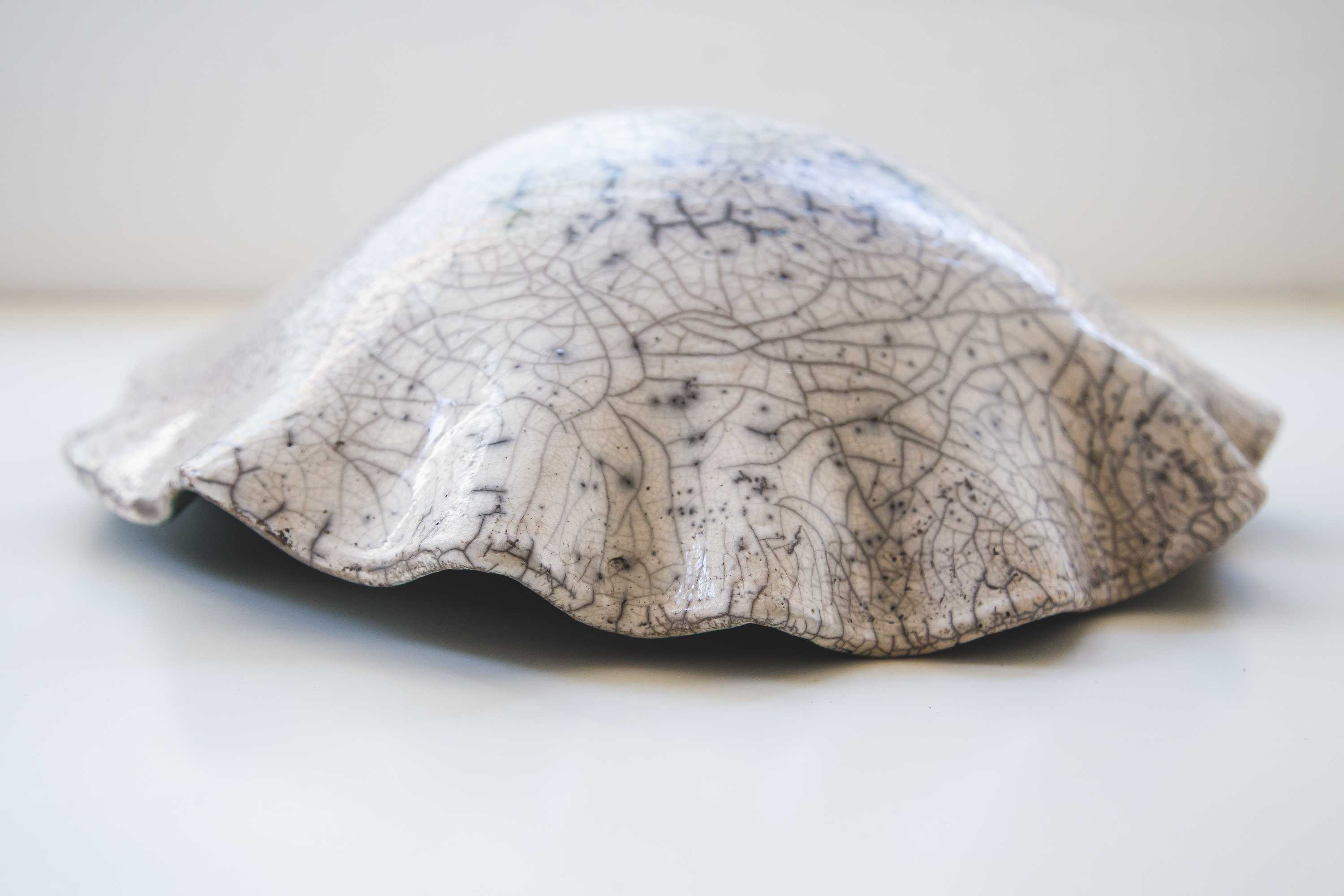 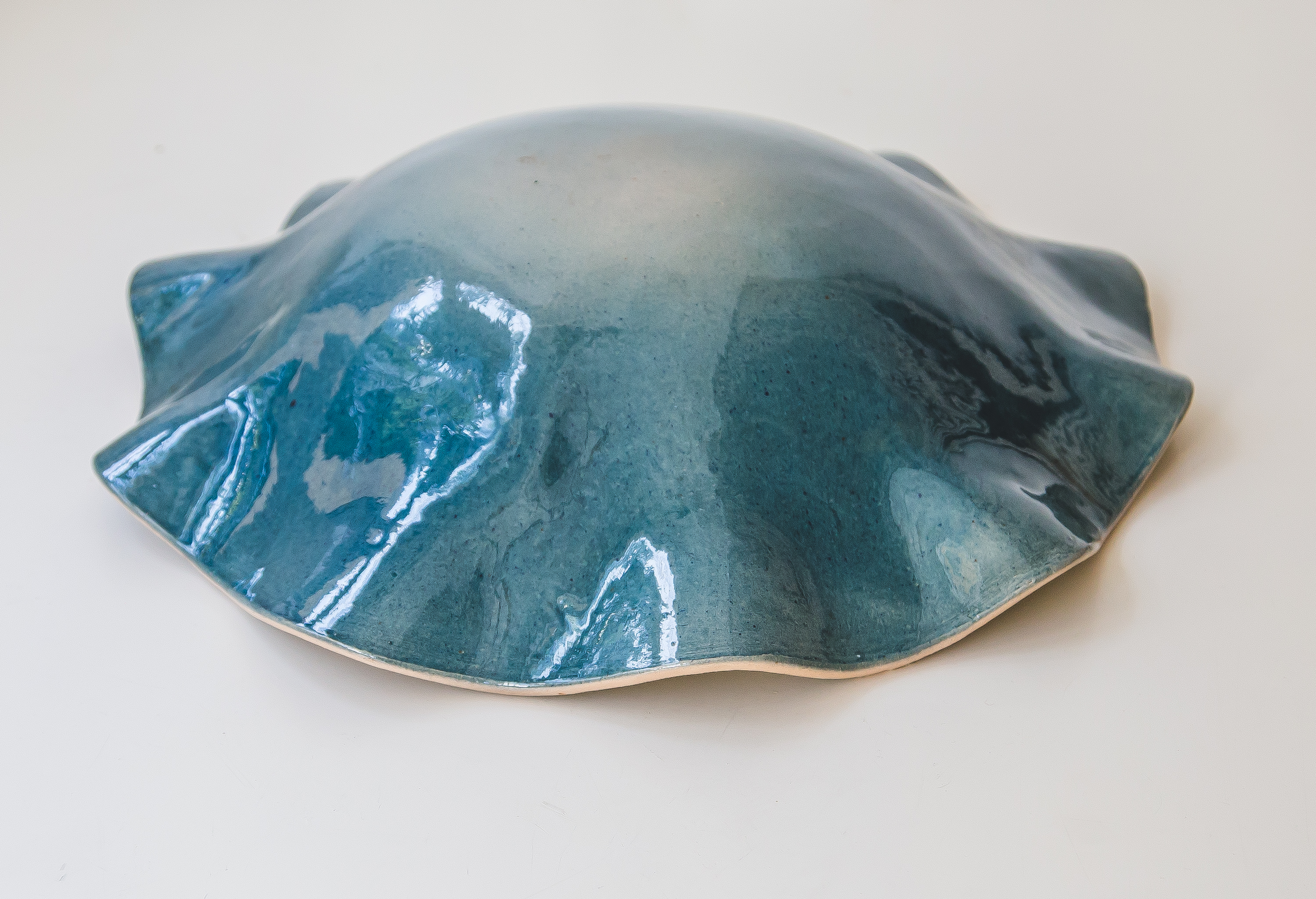 Open chat
1
Powered by
Hello! 👋 Welcome to Belly Bowl! If you have any questions you can send them directly to Emma here via Whatsapp chat.